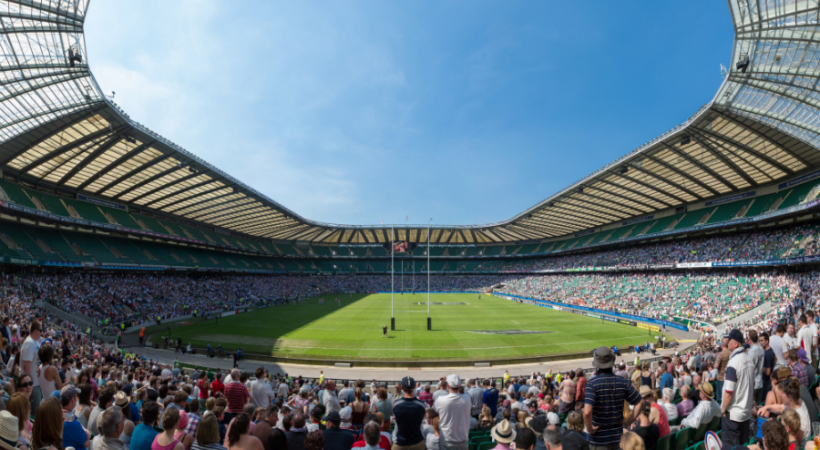 Finding parking for sports events is a game played by many and loathed by all. But the internet has a trick up its sleeve. Fortunately, we’re really rubbish at keeping secrets.

Twickenham in London is one of the main offenders, thanks to a blight of interminable road closures that can add hours and migraines to a rugby fan’s round trip. The weird thing, though, is that there’s actually no shortage of empty spaces in the area. Hotels, churches, businesses and schools are wising up to the commercial – and charitable – opportunity afforded by renting out their deserted, dust-gathering car parks on matchdays. Time to bust out the hoover and open up access to these patches of land to help them reach their full parking potential.

St. Richard Reynolds Catholic College is the latest addition to the JustPark community in Twickenham, renting out no fewer than 100 spaces every Saturday. Located a mile from the stadium and a few strides from the station, the school’s car park is perfectly poised to ease the parking headache of the sporting community at large.

We spoke to Ann – treasurer of the Friends of St Richard Reynolds (FoSRR) – to learn more about how they’re renting out the school’s car park at weekends to help relieve traffic congestion and contribute positively to the financial life of the school and its grounds. The management of the process is a group effort, with a newly acquired SIM card breathing life into a communal mobile phone.

Ann explained that FoSRR are also taking promotional matters into their own hands via their own Twitter account, tapping into the vast online collective of rugby fans, thus maximising the exposure their JustPark listing receives with true peer-to-peer panache.

The car park is now entering its second week of airtime on JustPark. Jacqueline, Chair of FoSRR, said of the experience so far: “We had our first bookings very quickly after we put the spaces online. We are delighted with the bookings received so far. With the proceeds of our first Saturday parking we bought athletics equipment for the children to train with. JustPark is easy to use and is helping us enrich the lives of the children at our school.”

Matches for a minibus

Some of the money raised through the school’s JustPark income is siphoned off to the caretaker for investing in tools to help with the upkeep of the school grounds. The rest is funnelled into the projects enriching the life of the schoolchildren. Understandably, there’s a strong focus on sports at St Richard Reynolds – football and rugby in particular – and a minibus is top of the wishlist to ease the logistical nightmare of ferrying kids around from match to match.

In the interest of fostering the local economy, they are collaborating with the St Margarets Traders Association just down the road at the annual Crown Road Community Christmas Fair on Sunday 7th December, 11am – 4pm, Crown Road, TW1. What begins with a humble parking space grows into a virtuous cycle that connects the dots across the community. The organisation is also engaged in a wider programme of community and charitable outreach, and their chosen Christmas charity this year is the Integrated Neurological Services (INS) in Twickenham, which supports people in the West London boroughs of Hounslow and Richmond who are living with debilitating and incurable neurological conditions as well as those who have suffered a stroke or head injury. Fittingly, the INS also treats the occasional ailing rugby player.

So – basically – if sport’s your thing, you could be missing a trick by sticking to the traditional parking paradigm. For 2.30pm kickoffs, the gates at St Richard Reynolds school car park open at 10.30am and are locked at 7pm. You can book a space online, in advance, here.

Don’t need rugby parking in Twickehmam? After parking for a totally different thing? Football match, Robbie Williams concert, holiday, trip to the shops, gotta go see a man about a dog? We can help.

One thought on “Rugby Parking In Twickenham:
The Secret To Finding A Scrum-Free Space”