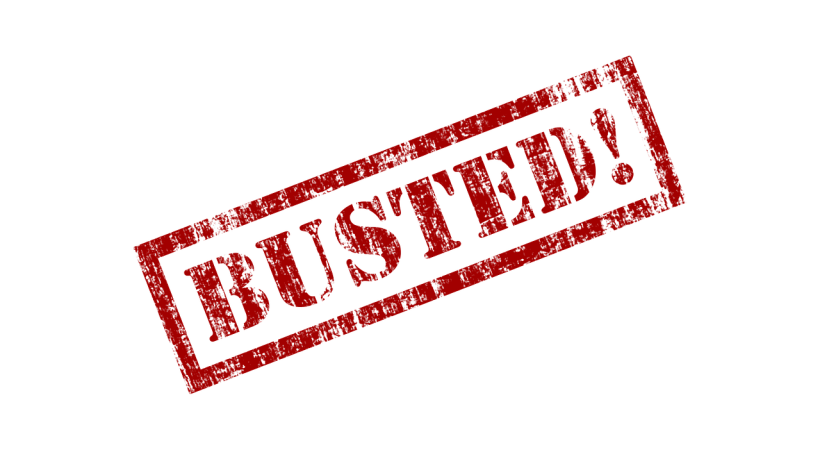 Driving is already enough of a headache, even with people like us trying to cure the parking part of it. Today we go one step further and bust open eight driving myths that have swindled drivers for generations, from speed cameras to clown cars. You are very much welcome.

Myth 1: If you shoot a car’s petrol tank, it will explode in a huge fireball.

Hollywood would have you believe that a couple of pistol shots into a car’s fuel tank can create an explosion that can be seen from space. Mythbusters tried it out, and were left with an unexploded – if unhappy – sedan.

Myth 2: The journey back is generally shorter than the way there.

Myth busted. It isn’t, though it does feel that way.

When the return journey from your JustPark space feels quicker, it’s not because it’s quicker. Our favourite explanation for this phenomenon is the ‘return trip effect,’ which is what happens when you’re impatient to get somewhere and overestimate the time it took. Others say it’s familiarity with the route that causes it. We say GET US HOME ALREADY.

It sounds wrong, but sticking in the same lane is actually the savvy option (study here).

Why the urge to engage in ‘discretionary lane changes’ then? Well, you’re facing forwards when you’re behind the wheel, so can only see rivals passing you, not the losers left behind in the dust. Human psychology also means we’re more likely to notice losing ground than gaining it. Still not convinced? Check out this roadway illusion.

Myth busted. They don’t, but the speedometer on your car might do.

Speed cameras, being machines, can show no mercy. On the other hand – your speedo may well be telling you you’re going faster than you actually are, says one website. All’s fair in love and parking. And best stay on the safe side either way.

Myth busted. Who even put this one in here?!

We won’t try to give you an answer; there is literally no evidence to back up this bold lie. Swedish researchers have got one interesting angle though – apparently women produce fewer emissions than men through their use of transport.

Myth 6: Those clowns aren’t really coming out of that tiny car. It’s far too small.

Myth busted. There is no trick. The car is genuinely full of clowns.

If the executive director of  the International Clown Hall of  Fame and Research Center is to be believed, the clown car gag is just the most efficient ride-sharing you’ve ever seen. “We remove all the interior of the car… Then it’s a matter of shoving in the clowns.” Simples.

Myth 7: Jet fuel can turn your car into a rocket.

An experiment was accidentally run when a fuel delivery service accidentally filled a pump in the USA with kerosene. It doesn’t combust in car engines, which is probably for the best.

We had to throw at least ONE red herring in here… sorry! Drivers in more expensive cars apparently stop less often at pedestrian crossings and cut in front of others, according to one study. Come on guys, it’s what’s inside (the chassis) that counts.

There you are: eight myths wiser. Don’t say we didn’t tell you when you try to fill your MINI with kerosene. Myth nine, incidentally, is that parking is tedious and expensive. It really doesn’t have to be this way. Book a space with JustPark.com in advance, or on the go with the JustPark app, and prove yourself wrong.