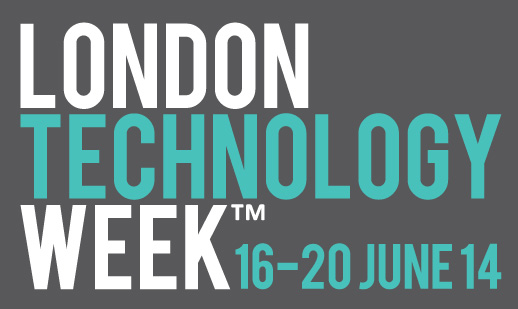 On Monday 16 June, London Technology Week hit the big smoke for the first time ever. Once we got over our surprise at learning that London Tech Week wasn’t already a thing, we were honoured to be part of a discussion panel geared at shining a spotlight on the most disruptive economic and social movement of our time: the sharing economy.

Alex Stephany, CEO of ParkatmyHouse, joined a bunch of other hard-hitters in the sharing economy arena to discuss all things good, bad and ugly facing their businesses today – as well as their predictions for what the future holds in a world that seems to show an ever-increasing appreciation for access over ownership. Also on the front line were Matt McStravick, CEO of “trade time not money” Economy of Hours; Mark Walker, General Manager of car-sharing behemoth Zipcar UK; peer-to-peer lending platform Zopa‘s CEO, Giles Andrews; and Patrick Robinson, Airbnb‘s Head of Public Policy for Europe. The panel was moderated by Sarah Drinkwater, of Google Campus fame.

Although the discussion wasn’t filmed, we have the next best thing to offer you… the glorious offspring of a live-tweeting frenzy. Here we present you with the most boisterous of the bunch, for your viewing pleasure.

Q. It seems like the phrase “sharing economy” is so of the moment. The media used it in last week’s Uber protest, who seem to me to be working in a different space. Should all your businesses be grouped together under one movement?

The “sharing economy” badge of honour is used loosely to cover a huge range of services, and is becoming lusciously in-vogue (a company that makes money AND benefits society? Hot diggity damn!). However, there is as fundamental distinction to be made between B2C (business-to-consumer) models like Zipcar, and peer-to-peer models like Airbnb and Parkatmyhouse, and those that are an amalgam of the two. Zopa falls into this latter category, having recently expanded their scope to include loads provided by traditional financial institutions, as well as your old pal Jim Bob from down the street.

Whereas peer-to-peer models encourage people to get goods and services for people, rather than companies and institutions, B2C models own the goods and/or service and creates the requisite network for people to share these things among themselves. Each blueprint opens different doors of opportunity – and a different Pandora’s box of potential pitfalls (more on this later) – but there’s no denying that there are a handful of uniting features that have helped to define the sharing economy movement as just that: a movement.

Mark from @ZipcarUK on B2C sharing models: it’s all about providing an additional degree of flexibility. #LTWsharingeconomy

“Being part of the sharing community isn’t enough, have to provide better value of a new service.” #LTWsharingeconomy

Q: The Guardian reported on Friday that 37% of Brits have embraced the sharing economy. That’s great, but it still means 63% aren’t behind it. Does this stat hold true – and what’s holding us back?

It all boils down to trust. For some reason, we’re willing to trust our hard-earned cash to faceless corporations, who we know full well to not necessarily always have our best interests at heart (financial crisis of 2008, anyone?), and yet we are apparently even less willing to trust our own neighbours and flesh-and-blood members of the local community. The second obstacle is the fact that there’s no denying that the “sharing economy” and all it stands for sounds… well… kind of a little bit hippy. Or sect-like. Or both. There is a wall to be broken down in terms of getting the word out that we are not a bunch of pointlessly altruistic tree-huggers, but businessfolk hell-bent on providing great services that make solid economic sense.  There are two aces up the sharing economy sleeve here: social media as a tool for earning credibility, and being able to prove that your service 1) is in demand and 2) offers good value.

#ltwsharingeconomy @ParkatmyHouse say sharing economy not just for hipsters and unconventional people. I’ve used it, so got to be true! — Alec Dent (@dentanr) June 16, 2014

“Being part of the sharing community isn’t enough, have to provide better value of a new service.” #LTWsharingeconomy — Dayle Rees (@daylerees) June 16, 2014

Referrals are the big marketing recommendation from the panel, if people love you then they’ll bring on new users #Ltwsharingeconomy — Airbnb UK (@Airbnb_uk) June 16, 2014

Get your userbase to market to each other #memberreward schemes @Zopa #ltwsharingeconomy — Echo (@economyofhours) June 16, 2014

Q: What’s been the biggest challenge for you, in terms of starting your business?

The answer was unanimous here, and it sounded a helluva lot like “red tape”. Fighting for changes in outdated legislation, such as parking regulations imposed by the council and overly restrictive rental agreements when it comes to subletting your home, are Enemy #1 of the sharing economy at large. Things are changing though – piece by piece, policy by policy.

Patrick from @Airbnb_uk discussing the challenges of policy across #LTWsharingeconomy businesses. It all comes down to understanding! — Zipcar UK (@ZipcarUK) June 16, 2014

Is it personal? Profession? Is it a hotel? A hostel? We’re having to look ask these question in each new city @Airbnb_uk #ltwsharingeconomy — Echo (@economyofhours) June 16, 2014

Q: Can you recommend a London startup working in this space right now that we should keep our eyes on? What’s the next big thing?

(You heard it here first, okay.)

Could education be the next arena for the sharing economy? @ParkatmyHouse #Ltwsharingeconomy

Could the government be part of the sharing economy? http://t.co/eihmLYDWTO maybe? Great hire for debates. #LTWsharingeconomy